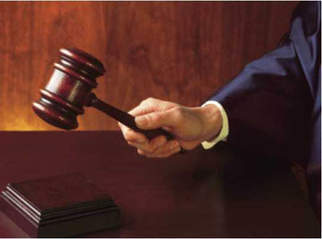 As I continue to teach on the spiritual battle, it is important for us to understand the ground on which we stand.

We fight from a position of victory.

The battle belongs to the Lord as He fights it through us.

He determined the ultimate outcome of the war with Satan on the cross.

When He ascended to heaven, He took His seat at the right hand of the Father who subjected all things under His feet and gave Him the name that is above all names so that at the name of Jesus every knee will bow and tongue confess that He is Lord.

Beloved, by virtue of our faith  in Jesus, you and I are now IN Him.

This means that we too are seated where He is and the enemy is under our feet.

Satan does not want believers to understand the authority that they now have in Jesus over his realm.

He wants us to think that he is not a threat or relevant to our daily walk.

Beloved, Revelation 12:10 tells us that he stands in the courtrooms of heaven accusing us non-stop.

He hates the believers.

He will do all he can to side line us from the battle.

We are at war not with flesh and blood but with all different ranks of evil entities that have allied with Lucifer.

He wants us to be afraid of him and the battle.

Fear is his biggest weapon.

I have heard that many times from folks who don’t want to know how to do battle.

They don’t want to be attacked.

They are missing out on experiencing the victory that is already theirs in Jesus.

How do we use the authority?

Simply state, “in the name of the Lord Jesus Christ, I rebuke you.”

That’s the shortest of all warfare prayers.

We have overcome the enemy through our faith testimony, the blood of Jesus, and our surrendered lives.

We have the advantageous position.

He’s scared of Jesus and he doesn’t want us to know that.

Beloved, the authority of Jesus belongs to us to exercise His will that it might be done on earth as it is in heaven.

Satan has no authority over us.

Be strong and courageous for our God is with us and has already guaranteed the victory in Christ Jesus.

Stand firm in faith in Jesus and use your authority to resist and rebuke him.