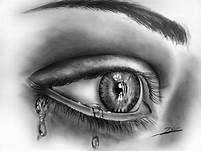 It’s been my experience that some of the hardest people to reach with the Exchanged Life truths are those who have prime rib flesh.

Their flesh patterns are high performing and the world and the church love them because they get things done.

But the reality is that they are fueled by pride in their abilities and accomplishments.

It usually takes some really painful circumstances to bring them to the end of themselves  and into a truly dependent relationship with God.

He was king of the world and he happily took credit for it even after God warned him in a dream that a decree had been issued by the Divine Council that would humble him.

In Daniel 4:16-17 (NASB), we are invited into that Divine Council meeting where they render their decree against King Nebuchadnezzar for his pride.

“Let his mind be changed from that of a man, and let a beast’s mind be given to him, and let seven periods of time pass over him.“This sentence is by the decree of the angelic watchers and the decision is a command of the holy ones, in order that the living may know that the Most High is ruler over the realm of mankind, and bestows it on whom He wishes and sets over it the lowliest of men.”

For a period of seven years, Nebuchadnezzar went insane and roamed about like a beast.

At the end of that time, he humbled himself and acknowledged YHWH as the true sovereign over all creation.

“I, Nebuchadnezzar, praise, exalt and honor the King of heaven, for all His works are true and His ways just, and He is able to humble those who walk in pride.” (Dan 4:37).

Beloved, are you praying for a prime ribber to come to the end of themselves?

Don’t give up and don’t be afraid.

When they humble themselves before the Lord, they end up with a beautiful testimony of all that God can do.