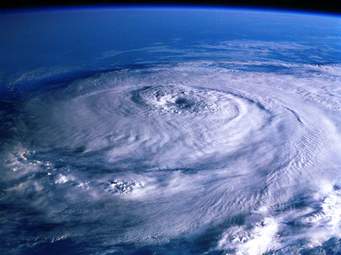 Did you watch the weather forecast about the track of Hurricane Irma?  I did!

I remember the struggle of being without power for five days and having the responsibility to care for my parents.

It was one of the most challenging things I’ve been through in my life.

So, when they started to post potential tracks for Irma and the European model was pointing to a northeast landfall, I started putting together my evacuation plan for mom and I.

I know quite a few friends who evacuated out of Florida, which was a very wise move.

But, it made me think about other signs that are happening that are pointing to another looming evacuation for which we need to prepare.

Starting in Genesis 1, God tells us that He made the sun, moon and stars for signs….not in the astrological sense…but in the astronomical sense.

Over the last two years, we had the blood moon tetrad.

Just recently, we had the eclipse, and next, is the much documented and debated Revelation 12 alignment of Virgo, Leo and the King star, Jupiter, that happens on Rosh Hashanah September 21 to 23.

We know that God will judge this world.

We also know that He does not judge the righteous with the wicked.

He has promised believers that He will not pour His wrath on us.

I firmly believe that He is going to evacuate believers from this world by translating us into His presence before the period of seven years known as the 70th week of Daniel.

Folks, you don’t want to stick around for those 7 years.

While the first 3 1/2 aren’t that awful, the second 3 1/2 will be horrific, especially for Jews and folks who come to faith in Jesus after the evacuation.

This  evacuation is going to freak out the world.

Satan has to have an explanation for the rapture to keep those who are here from placing their faith in Jesus.

There will be many explanations other than Jesus coming for believers, but the one that will be pushed the hardest is alien abduction.

If you’re left behind, please don’t fall for that lie.

Better yet, don’t be left behind.

Beloved, the time for our evacuation draws nearer every day.

Please call on the name of the Lord Jesus Christ to save you from your sin.

He will give you His righteousness in place of your sin.

This is what it means to be saved by grace through faith.

No one can be good enough to stand before God on their own merits.

God’s standard for entrance into heaven is perfection…no sin at all.

Do you qualify for that?  No, none of us do.

That’s why Jesus died in our place to pay for sin once for all.

Beloved, it doesn’t matter what denomination of church or religion for that matter that you’ve grown up in.

Jesus said that no one can come to the Father except through Him.

There is no other name given among men by which we can be saved.

Stop right now, admit that you’ve sinned and can’t be good enough, believe that Jesus’ blood was good enough to pay for sin, and confess your allegiance to Jesus as Lord and God’s Word says that you will be saved.

Please do not delay!

This is an evacuation that you don’t want to miss.