Stupid is as Stupid Does! 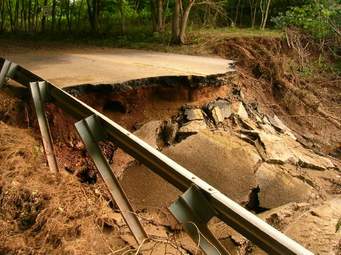 The story is told about the father of a vacationing family who came across a large sign that read,

“Road Closed. Do Not Enter.”

The man proceeded around the sign because he was confident it would save them time.

His wife was resistant to the adventure, but there was no turning back for this persistent road warrior.

After a few miles of successful navigation, he began to boast about his gift of discernment.

His proud smile was quickly replaced with humble sweat when the road led to a washed-out bridge.

He turned the car around and retraced his tracks to the main road.

We are never more stupid then when we seek to live the Christian life independent of Christ life through us.

Paul expresses his frustrations in Galatians 3:3 where he says this:

“How can you be so stupid? You began your life in Christ through the Spirit. Now are you trying to make it complete by your own power?”

What is Satan’s ultimate goal for our lives?

It is for us to live independent of Christ’s power.

We see this in the original temptation of Man in the garden.

Through his lying tricks, he got Adam and Eve to question God’s good plan for them and led them to act independently of God in their own power.

When he tempted Christ in the desert, he used the same tactic by seeking to lead Him to act independently of the Father’s good plan for Him.

Praise the Lord, the last Adam resisted and was fully qualified to be our Savior from sin!

It is for us to live in total dependency upon the life of Jesus Christ in us.

“That I might know Him and the power of His resurrection.”

“’My grace is all you need. My power works best in weakness.’ So now I am glad to boast about my weaknesses, so that the power of Christ can work through me. That’s why I take pleasure in my weaknesses, and in the insults, hardships, persecutions, and troubles that I suffer for Christ. For when I am weak, then I am strong.”

“Not that we are adequate in ourselves to consider anything as coming from ourselves, but our adequacy is from God, who also made us adequate.”

During the 1930s, 250 men were holding the ropes to a dirigible (an airship similar to a blimp) to keep it from floating away.

Suddenly a gust of wind caught one end of the dirigible, lifting it high off the ground.

Some of the men immediately let go of their ropes and fell safely to the ground.

Others panicked, clinging firmly to the end of their ropes as the nose of the dirigible arose to greater heights.

Several men who couldn’t keep holding on fell and were seriously injured.

One man, however, continued to dangle high in the air for forty-five minutes until he was rescued.

Reporters later asked him how he was able to hold on to the rope for so long.

“I didn’t hold on to the rope,” he replied. “I just tied it around my waist, and the rope held on to me.”

Total dependency on Christ is not us trying to hold on to Him in our own strength, but rather letting Him hold on to us by His strength.

When we live in His strength, we avoid being stupid!