The Armor Series: Pray at ALL Times 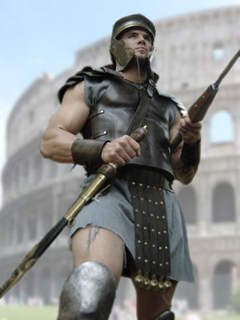 As Paul finishes his Armor illustration, he emphasizes the need to alertly persevere in prayer at all times in the Spirit.

Why is prayer so important to walking in victory?

Prayer is our means of communication with our Commander in Chief.

What would happen to soldiers if they were unable to receive orders or call in artillery strikes?

They most likely would be either killed or captured by the enemy.

Let’s look at an OT example.

In Exodus 17, Joshua leads the Israelite army against the Amalekites.

Moses, Aaron and Hur climb to the top of a hill from where they could see the battle raging.

As long as Moses kept his staff and hands raised in prayer to Jehovah, the Israelites won.

If he lowered his hands in fatigue, the Amalekites gained the advantage.

Aaron and Hur helped to support his hands until sunset, and Joshua and his men overwhelmed the Amalekites.

The Amalekites are like our fleshly lusts that wage war in our soul.

This will empower us to choose to flee temptation and to resist the Devil who will then flee from us.

Prayer is the maintaining of a dialogue with our Commanding Officer.

Through prayer, we are acknowledging our total dependence on Him to gain the victory.

It’s His power that wins the battles against the world, the flesh and the Devil, not ours.

When we are praying in accordance with the Spirit, we are tuning into the mind of Christ in us.

When we are thinking His thoughts, our prayers will be in accordance with God’s will, and we will have what we request.

Beloved, don’t enter into the battle without prayer.