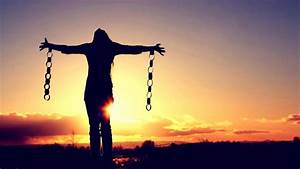 Juneteenth commemorates the day that Union General Gordon Granger announced to former slaves in Galveston, Texas, that the Civil War had ended, and they were free.

The announcement came two and a half years after Abraham Lincoln signed the Emancipation Proclamation.

This was life-changing good news!

Those who had once been slaves were now free!

There is an Emancipation Proclamation for all of us as believers.

We as believers had our emancipation from slavery to the power of sin.

Paul, in verses 1-5, wants us to know that through Spirit baptism we are now completely identified with Christ, since the Holy Spirit put us in union with Him forever (1 Cor. 6:17, 1 Cor. 12:13).

Since we are identified with Christ, we are no longer dead in sin, but are dead to sin.

This new relationship to the power of sin makes victory possible, so we can walk in newness of life.

He shows us how we are no longer slaves to the power of sin.

I have put together a literal and expanded translation based on the original language on this very important verse:

“We are to make sure we understand this, that our old man (our spiritually dead human spirit, all we used to be connected with Adam) was nailed to the cross with Him, in order that our body, which is the instrument of sin, would lose its power over us, so we should no longer live as slaves to the power of sin as we did in our unsaved life.”

The power of sin is no longer our master, since we are removed from the master/slave relationship we had in our unsaved life.

Our old man has been removed and replaced with the new man, which is united with Christ as our new Master.

Our union with Christ is the key to our overcoming the power of sin.

Although we are still capable of sinning, we are no longer enslaved by it.

The power of sin no longer holds power over us.

Overcoming the power of sin’s temptations begins with an act of faith by which we “count” ourselves dead to sin and alive to God as verse 11 says.

Continuing to let the power of sin reign means we do not fully understand our freedom in Christ.

The power of sin may try to reassert its former authority, but we do not have to let it rule us (vss. 11–12).

In fact, every time we sin, we are denying our true identity in Christ.

We are having a kind of temporary amnesia.

When sin rears its ugly head, we are to believe we are dead to it and trust in Christ’s power through us to have victory over it.

We are emancipated already, may we live out of our freedom in Christ!