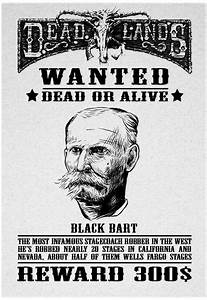 Black Bart was a professional thief whose very name struck fear as he terrorized the Wells Fargo stage line.

From San Francisco to New York, his name became synonymous with the danger of the frontier.

Amazingly, Bart did it all without firing a shot. Because a hood hid his face, no victim ever saw his face.

He never took a hostage and was never trailed by a sheriff.

Instead, Black Bart used fear to paralyze his victims.

His sinister presence was enough to overwhelm the toughest stagecoach guard.

Fear can be paralyzing at times.

“As Pharaoh approached, the people of Israel looked up and panicked when they saw the Egyptians overtaking them. They cried out to the Lord.”

What are some human responses to panic?

Some people become paralyzed with fear.

Others may run from their problems.

Some people decide to fight with all their strength they can muster.

Still others tell everybody that will listen hoping they can help straighten them out. God’s counsel is just the opposite.

“Moses told the people, Fear not; stand still (firm, confident, undismayed) and see the salvation of the Lord which He will work for you today. For the Egyptians you have seen today you shall never see again. The Lord will fight for you, and you shall hold your peace and remain at rest.”

The Lord miraculously parted the Red Sea so the Israelites could walk through on dry ground, with walls of water rising to their left and right (14:29).

Pharaoh’s army followed them and perished.

“When the Israelites saw the mighty hand of the Lord displayed against the Egyptians, the people feared the Lord and put their trust in Him and in Moses His servant” (14:31).

Egypt is a type of the world for us as believers today. How do we have victory over this world system under the control of the enemy?

“This is the victory that conquers the world, even our faith.”

But what is important is the object of our faith, which is Christ Himself.

“The life which I now live in the flesh I live by faith in the Son of God.”

Israel learned that God would give them victory over their enemies as they relied on Him.

He was their Victor, their Champion,

“The Lord will fight for you.”

Christ has already won the victory over all our enemies at the cross, He is our Victor, our Champion!

“In this way, He disarmed the spiritual rulers and authorities. He shamed them publicly by His victory over them on the cross.”

May we praise the Lord that He is our Victor, our Champion and let Him win the victory through us by His strength as we trust Him!